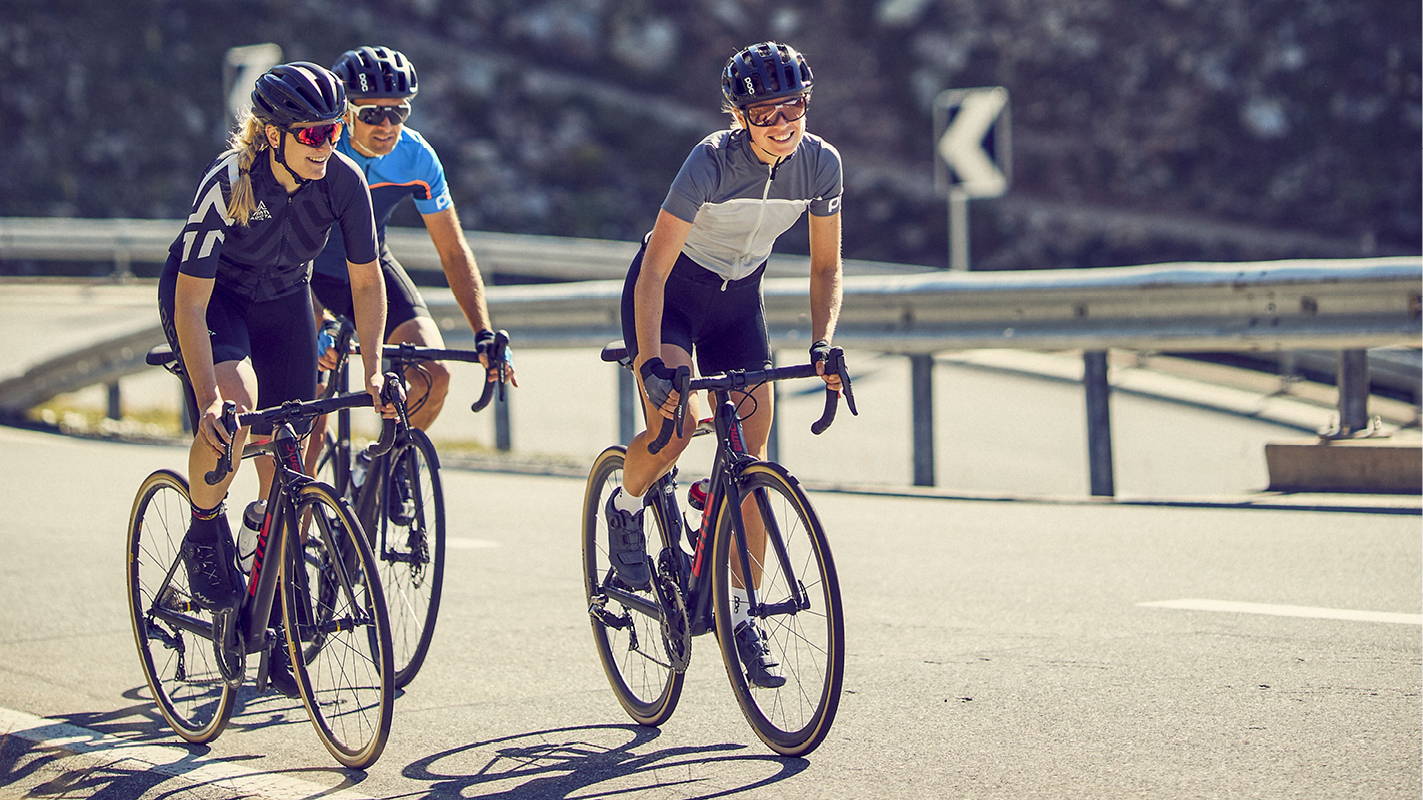 We ask a lot of our road bikes — they have to be lighter than helium, lightning-fast, reliable, and comfortable enough to sit and pedal full-time. Then there’s the broad spectrum of activities we do on our road bikes: race them over mountain ranges, commute to work, and even take them off-roading on gravel and mud.

Here’s our selection of the top road bikes that do all that and more:

With a frame weighing in at just 920 grams — carbon fiber making up just about everything, and no cables visible anywhere — the Tarmac SL7 is about as fast as you could ever hope to go on a road bike.

Specialized put its Rider-First Engineered frame to the test in the Win Tunnel, delivering a bike so viscous it beats its predecessor by 45 seconds over 40km on aerodynamics alone. No hype — just quantifiable results.

Swiss bikemakers, BMC, have completely nailed it with the Timemachine 01 Road One. First, there’s its raw animal power. The Road One’s carbon frame has been sculpted into a unique shape, with all angles filed down to aerodynamic perfection, allowing you to power through crosswinds and headwinds alike with less drag than ever before.

Want to go faster and have more fun doing it? The Timemachine 01 Road One is your bike.

Proving itself time after time as the victor in cyclocross and gravel races, the Stigmata is a trusted friend to riders who want speed without sacrificing their bodies to uncomfortable riding positions. With its no-limits carbon frame that’s stock full of off-road geometrical magic, a slack fork angle for better handling in the rough stuff and generous tire clearance, this bike truly stands out among adventure and gravel bikes.

A threaded BSA replaces the press-fit bottom brackets of older models, while internal cable routing gives you the ability to throw in a dropper seat post for the gnarliest of rides. SRAM takes care of just about everything drivetrain-related for one of the most efficient pedalers in the bike game.

The Turbo Creo SL EVO is a road and gravel machine, allowing you to go just about anywhere your heart desires — all with the loving boost of a battery that’s hardly noticeable upon first inspection. With greater tire clearance and some beefier components that differentiate it from its road cousin, this apex build is ready for anything and is a standout among electric road bikes.

120 miles on a charge. That’s 80 miles of pure mountain-ripping power plus 40 additional miles with an optional range extender. Add to that a stunning gear range, carbon wheels and frame, and a Body Geometry S-Works Power Saddle, and you’ll soon see why this is one of the most fun bikes ever built.